Not all race car drivers are professional drivers. They come from many different backgrounds. Some race hoping they can advance a racing career, others race because they can afford to. One such example is Marty Flaska. Flaska started a company called Forklift Exchange from his house in the western suburbs of Chicago which specialized in buying, selling and renting material handling equipment. In 1994, Flaska bought Silent Hoist and Crane, turning it into Hoist Liftruck Mfg., Inc. which he still runs today. Having the means, he races cars in his spare time.

Marty Flaska has raced at a number of events over the years. His most well-known races came in the NASCAR Rolex Grand-Am Sports Car Series driving a Porsche 996 GT3 Cup. He started 33rd and finished 31st. A year later, he raced in the 2oo5 Sportsbook.com Grand Prix of Atlanta finishing 21st. During that time, he wore this triple layer Sparco firesuit. The suit shows light use.

The collar has a Velcro closure, and is unadorned.

There is a size tag in the cowl, and a yellow tag of unknown purposes is attached to it. 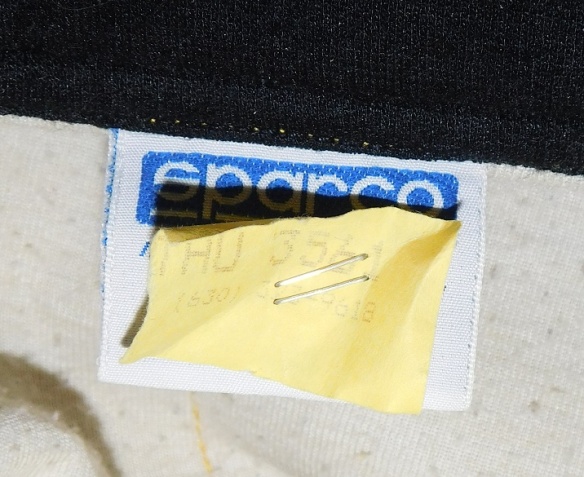 The right chest has a HOIST RACING and a GRAND AMERICAN logo embroidered. 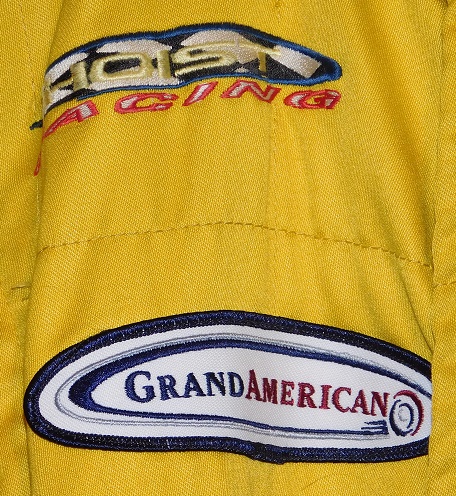 There are two different warranty labels on the inside of the torso, one under the zipper, the other inside, under the Grand Am logo.

MARTY FLASKA is embroidered in cursive text with an American Flag in the black belt, which is outlined in yellow.

The legs have standard cuffs, and are unadorned.

The yellow shoulder epaulets are outlined in black, and have SPARCO logos embroidered. Other than that, they are unadorned.

The right sleeve is unadorned. 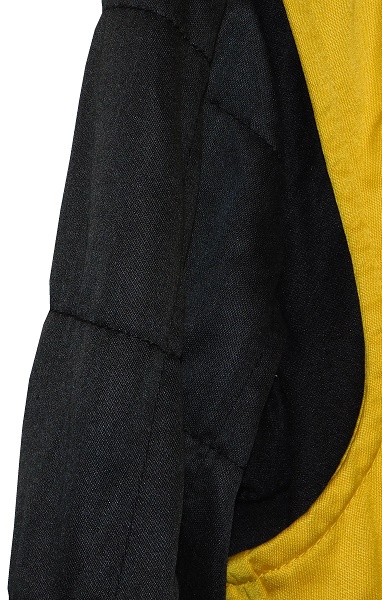 The left sleeve has an SFI 3-2A/5 rating patch on the upper sleeve, but is otherwise unadorned. 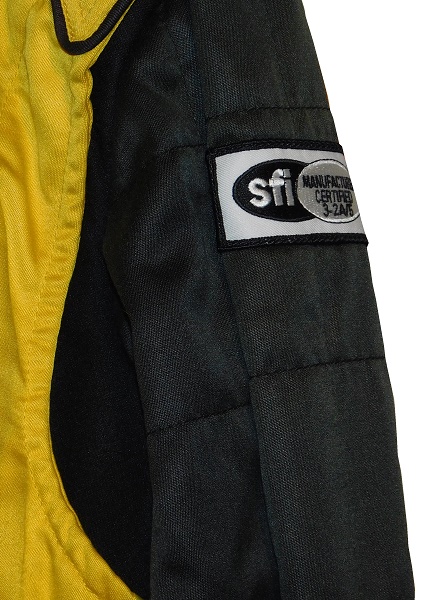 The back of the suit doesn’t really show any wear.

The back of the neck has an FIA 1986 STANDARD 1.008.CSAI.87. certification and a SPARCO logo embroidered.

The upper part of the back torso features a PORSCHE logo embroidered.

Next week, another race-worn glove.