James Buescher and Jason Leffler took turns driving the #32 ABF Toyota for Braun Racing in 2006. This vest was worn by a pit crew member.

A pit crew vest from James Buescher in 2011.

A pair of James Buescher race-worn and autographed gloves from 2010 will be our subject this week. 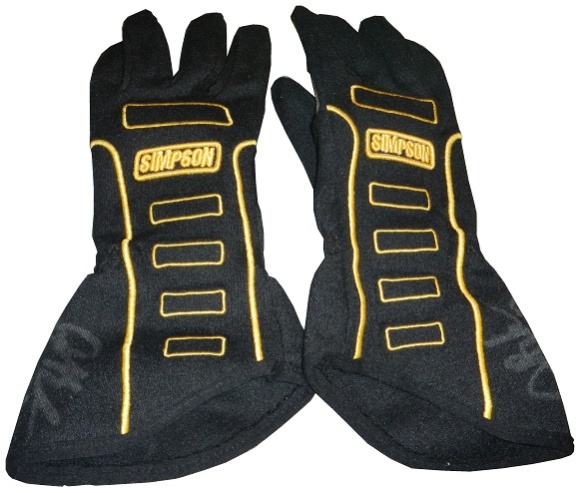 While I like to analyze driver suits, as you all know, I like collecting and analyzing many other kinds of racing memorabilia, and uniform items. I’m not discriminatory on which series I collect, and I’ll take a chance with anything. This pair of James Buescher race-used and signed gloves are an example of one of those items.

Buescher is the 2012 Camping World Truck Series Champion, who has won 6 races in his career. He’s transitioned to the Xfinity Series as well. He won the 2012 DRIVE4COPD 300 at Daytona, which was notable for Danica Patrick wining the pole, and the huge wreck on the last lap. Those successes, along with some success in the ARCA Racing Series, means he will be in the Sprint Cup within the next few years. These are a pair of his race-used gloves. 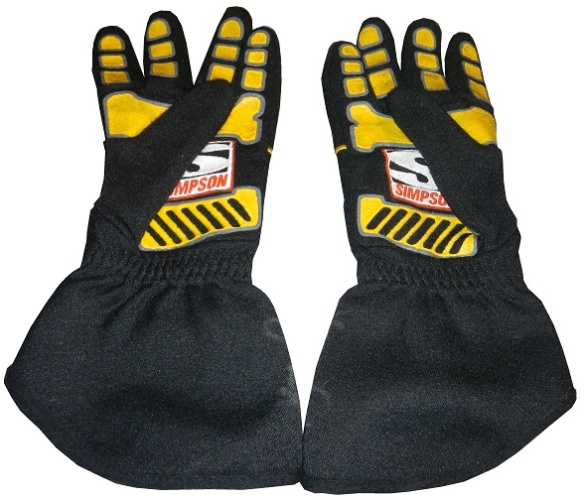 It’s not easy to figure out when these gloves were used, but a little video research can go a long way. Based on my research, I can safely say that these gloves were used before 2011, possibly after, as video footage and photograph research clearly show Buescher wearing this style of gloves in 2010, but switching to a different design in 2011. I’ll give Buescher credit where credit is due, he was really good with glove color matching sponsors. Since there are a number of sponsors using this color scheme, it doesn’t seem too far fetched that they were used post-2010.

The gloves themselves are a pair of Simpson Competitor gloves, size Large. The gloves are in great condition. They both meet SFI 3.3/5 Requirements, which will protect Buescher from 2nd degree burns for 10 seconds. They are black, with yellow accents.

The grips on the palms are yellow, and have Simpson logos on them. 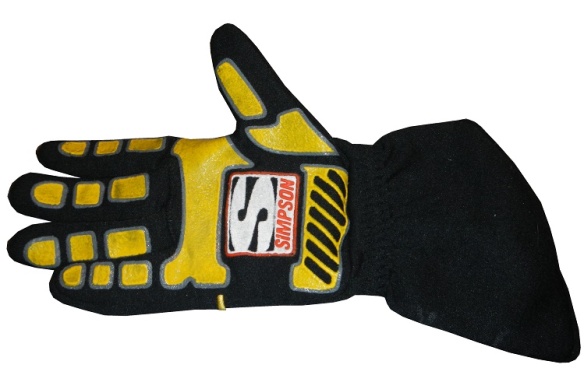 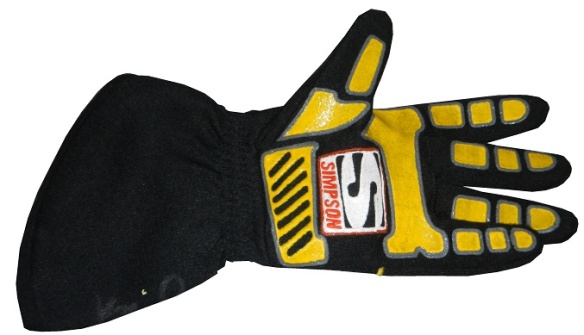 The hems have SFI Certification as well as size tags. 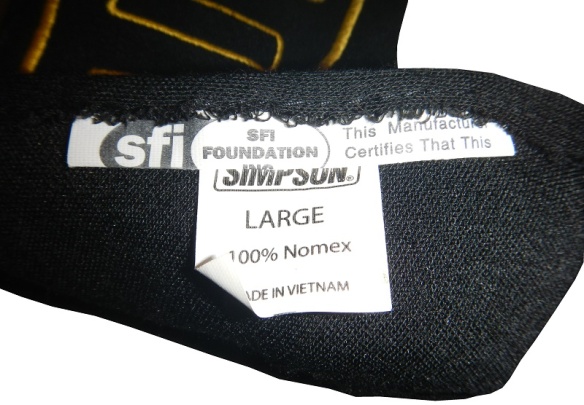 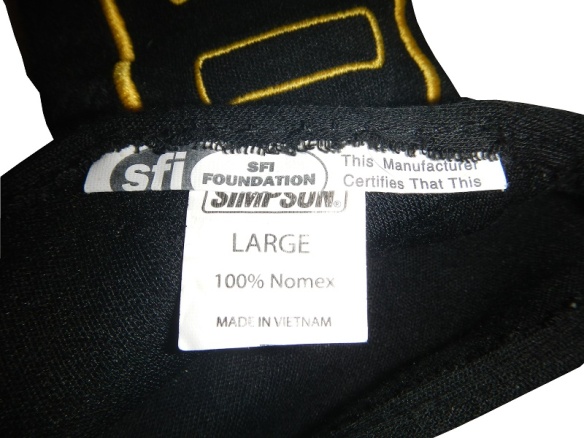 Buescher has signed both gloves, with the inscription “31.” 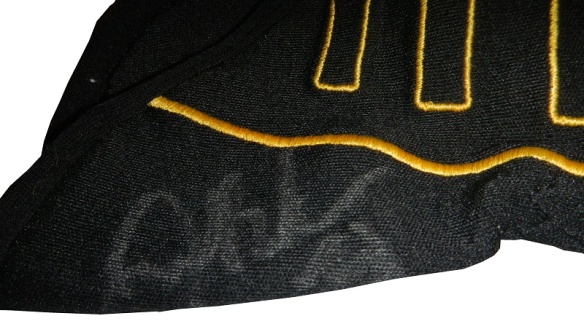 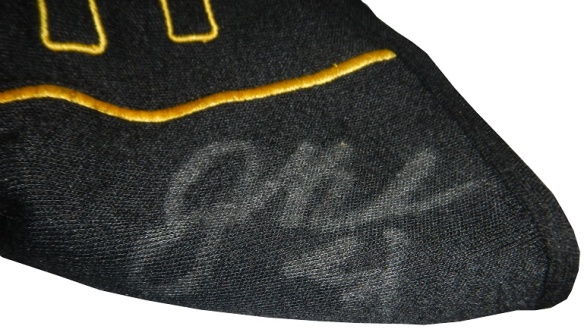 James Buescher, along with his older brother Chris are both NASCAR champions. Next week, we’ll look at a series of memorabilia from another group of championship winning brothers…