I’ve been out of commission for a week due to a minor leg issue. I’m back to full strength, and I will be returning to work next week. I’m looking forward to it, and we have a couple of things to discuss.

I recently purchased a collection of stuff from the late Phil LePan. Phil LePan was a long time IndyCar crew member from the late 1970’s to the 2000’s. He had worked for many of the great teams in the course of his career. In 1995, he got his only start as a crew chief, this one at the 1995 Indianapolis 500 as crew chief for Teo Fabi for Forsythe Racing’s #33 Ford Cosworth XB. They started 15th and finished 8th. LePan wore this crew chief suit and kept a number of items from that race.  The suit shows some light wear, and the rest of the items show wear as well. This is a single-layer suit.

The front collar shows a Combustion Engineering logo on the Velcro closure.

The standard Simpson warranty label is present in the cowl, along with a “born on” tag stating that the suit was made on 2/95 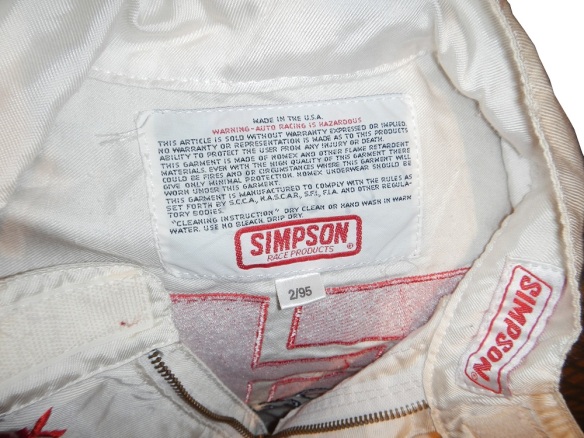 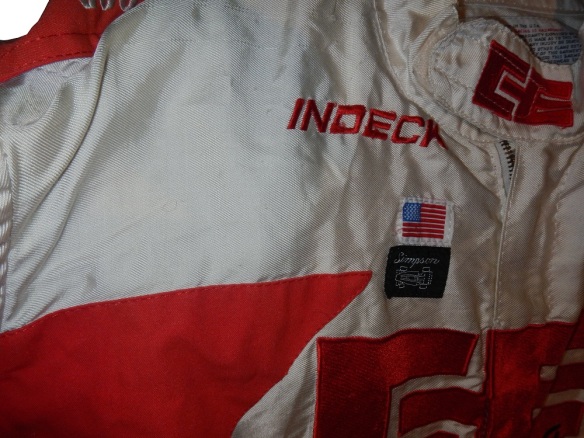 The left chest features a PPG logo and an INDY CAR logo. 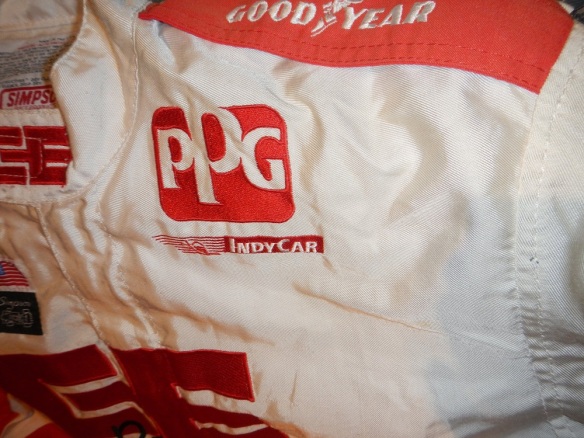 Phil LePan’s name has been embroidered into the belt of the suit, in white lettering on a red background.

The logos on this suit are minimal, and as a result, there are no logos at all on the legs. The cuff is a standard cuff.

The shoulder epaulets have GOODYEAR logos embroidered in white lettering on a red background. 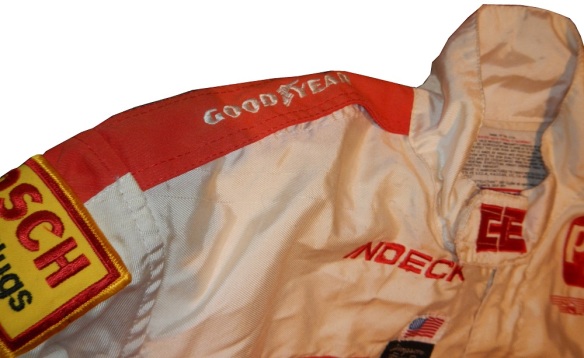 The right sleeve has a BOSCH SPARK PLUGS logo, but no logos in television position. In-car cameras at that time were not as widespread as they are today, so little consideration was given to logo design on sleeves in IndyCar at that time.

Like the right shoulder, the left shoulder epaulet has a GOODYEAR logo embroidered in white lettering on a red background.

The left sleeve has a vintage SIMPSON RACE PRODUCTS patch on the top, but no logos in television position.

The back of the suit has minimal wear and minimal logos present. 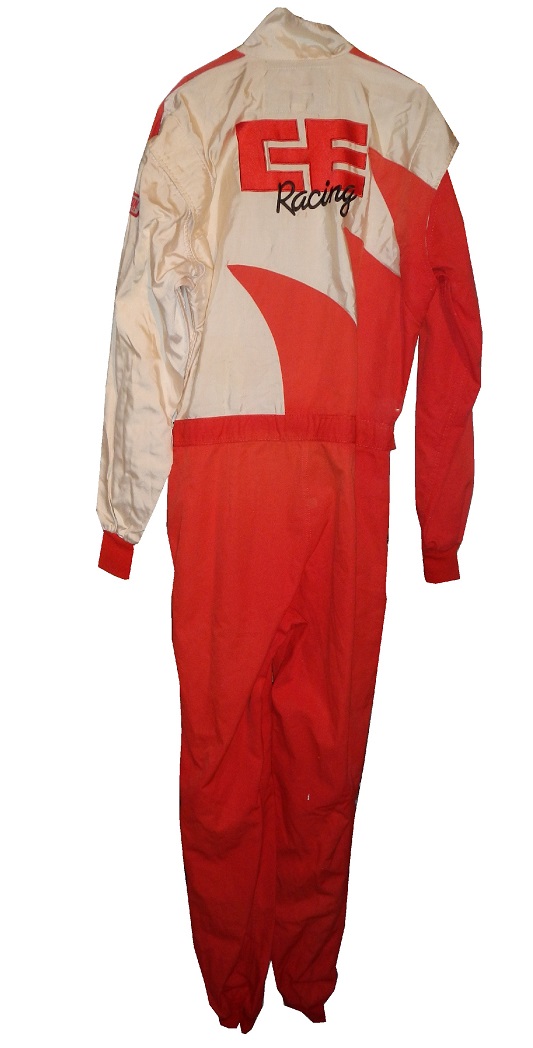 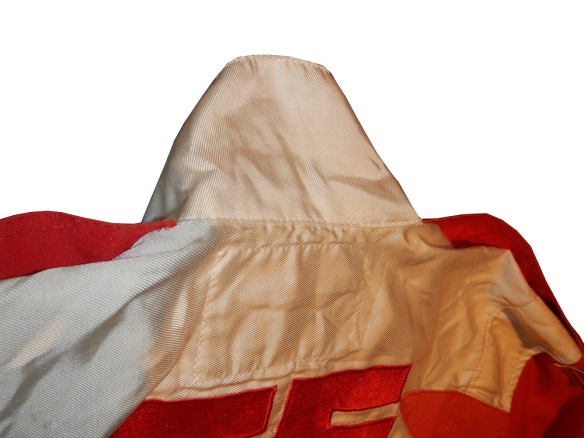 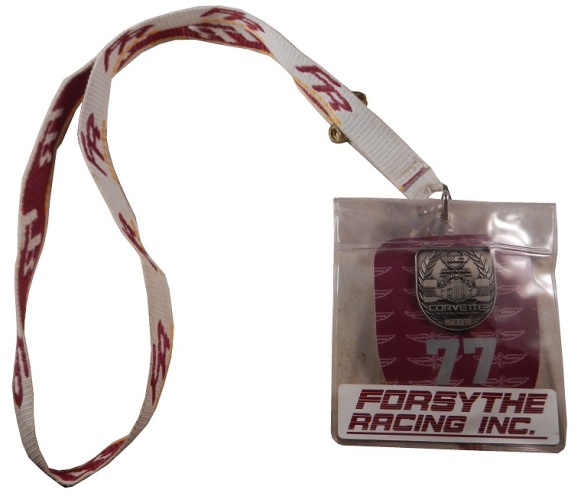 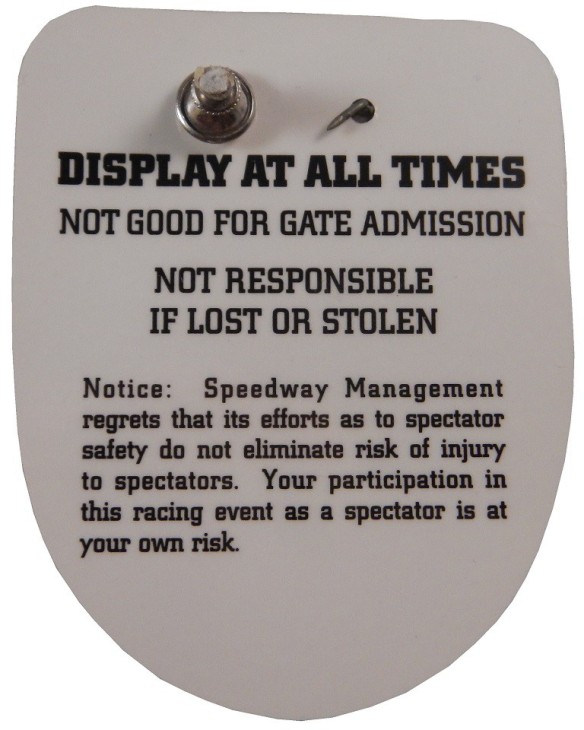 Fabi autographed a couple of items for LePan, including a Combustion Engineering hat and a hero card. 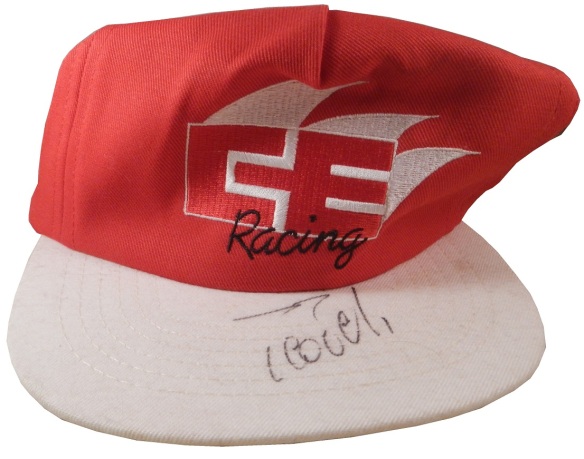 A miniature hero card was issued in key chain size was issued, and on the key chain was a company information card. 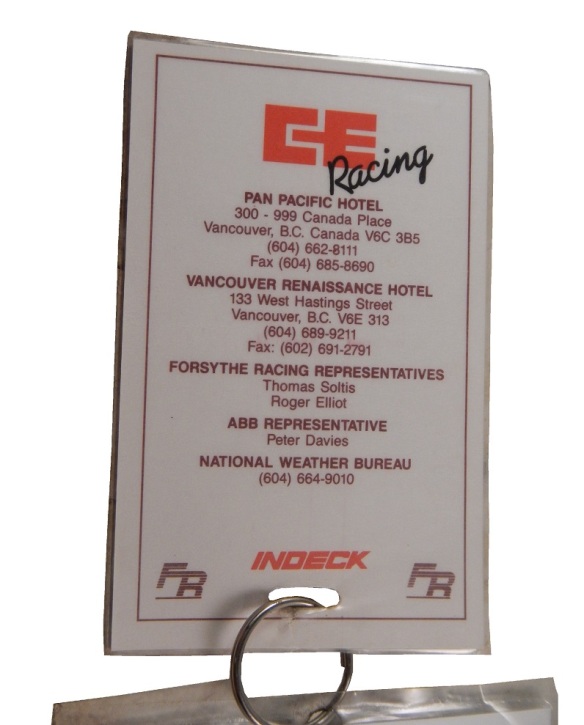 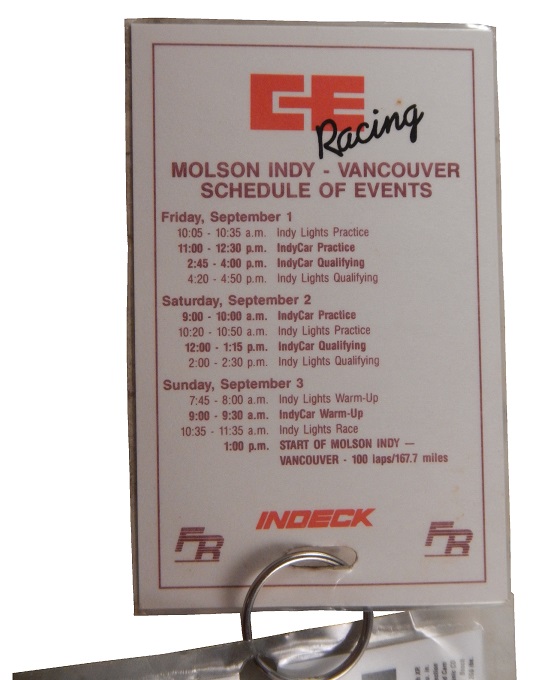 Media guides are given to the media, and sold to fans. Media guides contain full information and statistics for that season. This example is from the United States Auto Club or USAC in 1995 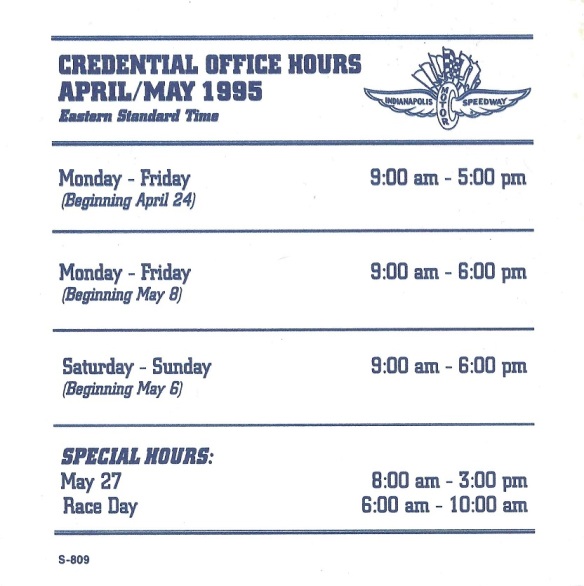 Now we move on to…

For this tailgate time, we’re going super exotic. On a whim, I purchased some canned bear meat from Hokkaido Japan.

It came in what was termed “extremely spicy” curry sauce. 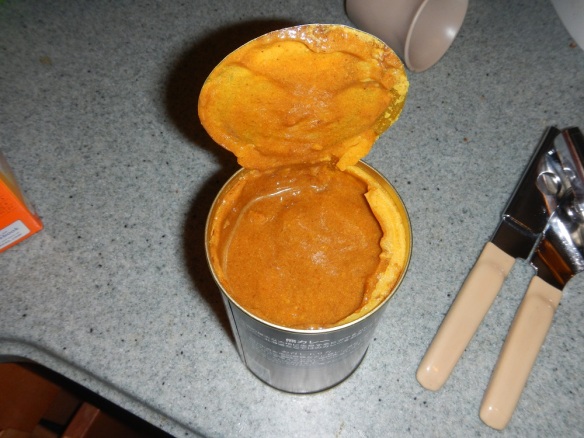 So I got the can, mixed it with some rice, and had it for dinner on Monday.

I have to say, it was really good. It can work at a tailgate, as long as some rice has been pre-made. Mix it with the rice, and it works. It wasn’t as spicy as I thought. So next time you go to the track, bring the bear with you!

A set of items, a driver suit, arm restraints, 2 sets of goggles, gloves, and shoes worn by 1980’s SCCA driver Jeff Jones will be examined this week.

A replica Bobby Labonte suit from his days with Ask.com in 2009, which has been made by Simpson

Pit crew member Tom Johansen was involved with this prototype suit from 2006.

A collection of NASCAR, and NHRA race used equipment, including parts and sheet metal.

A collection of NASCAR, and NHRA Starting Lineup figures from the late 1990’s.

A collection of NASCAR,IndyCar and NHRA mini helmets from across the years

For the 12 season premier, we will look at my collection of Nationwide, Camping World Truck, IndyCar and NHRA die casts

I was ready to present a behind the scenes video this week, but I’m gonna put that on the back burner until next week. Last Saturday was the inaugural Grand Prix of Indianapolis, an IndyCar race on the road course at Indianapolis Motor Speedway. The race as a whole was fun, but it did have some issues. There was a huge wreck on the standing start, fortunately all were Ok. The same cannot be said for James Hinchcliffe.

The 2011 Rookie of The Year suffered a concussion when he was hit by a piece of flying debris. Watching it live, it looked like after he had gotten hit, he pulled off the track and he was stunned by what had happened. The report was, at the time, that he had hurt his hand. The race went on, no caution flag flew because the safety crew was able to get the car out of harms way quickly. It looked like everything was normal, then suddenly the camera shows Hinchcliffe on a stretcher being led away seemingly in distress. He was loaded onto an ambulance, and was taken to the hospital. He was diagnosed with a concussion and his future status for the season is yet to be determined.

This incident reminded me of something Tony Schumacher said last year. I was in his hospitality tent listening to him make a speech, and he took a number of questions. One of them concerned the canopy he has over his cockpit. He stated that it took some time to convince the NHRA to allow a cockpit canopy. He stated that he is really scared of hitting a bird with his helmet, stating that “I’ve taken a few out with my tail, and if you catch one of those with your helmet, you’re getting coloring books for Christmas for the rest of your life.”

The other factor that needs to be discussed is that there is a parallel to the recent concussion lawsuit filed with the NFL. The information that was gained from that suit was that no helmet can definitely prevent all head injuries. As such, a canopy could very well prevent a fatality in that respect. Give the driver an extra layer of protection so that he could walk away. These canopies are not plexiglass, they are the same exact material used to make F-16 bulletproof canopies. It is a very durable material that could have prevented what happened to Hinchcliffe.

Shifting gears now, I want to discuss something else. Starting in a couple of weeks, I will be restarting Wheel Reviews. I started with Rush, an amazing F1 movie by Ron Howard about James Hunt and Niki Lauda in the 1976 F1 season. So what I am going to do is to alternate the paint scheme reviews and Wheel Reviews. I’ve got 13 movies in total to review so far, and I hope to find some more. With that, we move on to…

Danica Patrick #10 GoDaddy Cares Chevy SS Same scheme but with a bunch of logos on the hood, instead of just one. F

Casey Mears #13 Geico Chevy SS Once again, it needs to be said…CAMO DOES NOT WORK ON RACE CARS! I’l give this an F!

Tony Stewart #14 Mobil 1/Bass Pro Shops Chevy SS Some patriotic schemes go too far, but this works. The stripe across the front and door takes an A grade down to a B-

Ryan Newman #31 Cat/Quicken Loans Chevy SS What in the blue hell is going on here? I’ve liked Ryan’s schemes this year but this is an F scheme, even though I like the color scheme.

Landon Cassill #40 Cars For Sale Chevy SS I like the design, but to be honest, I don’t know where I stand on the color scheme. The red is good, but the when it comes to yellow/green I’m not sure if I like it or hate it. I’ll give it a C

Aric Almirola #43 US Air Force Ford Fusion I’ve been tough on military schemes this year, but this is the best one! The dark blue sky theme, with two small fighters with light clouds works perfectly, and earns an A+. See, military schemes CAN be done well without camo.

Jimmie Johnson #48 Lowes Patriotic Chevy SS Only one word can sum up this scheme…overdesigned. F