When the name Aston Martin comes up, people typically have one of two association. The first is a luxury car company, the second is James Bond. Aston Martin has a history that dates back to 1913, and has many iconic cars. Aston Martin is a British Cultural Icon, and even has a Royal Warrant. They supply The Prince of Wales with motor cars.

What most people don’t really realize about Aston Martin is that they have a rich history in auto racing. They have raced at LeMans at various points since 1931, in various different vehicles. They were also heavily involved in Formula 1 as a manufacturer from 1959 to 1960. It was a sponsor from 2016 to 2020, until returning as a manufacturer in 2021 They have won multiple class championships at the 24 Hours of Le Mans in 2007, 2008 in GT1, a 2014 in LMGTE Am and 2017 in LMGTE Pro.

Obviously, a racing team like this needs a lot of moving parts, and moving personnel. These can include mechanics, pit crew members, and engineers. As such, teams issue suits to these members, including this mechanic suit by Lico, a subdivision of Sparco. The suit shows a little bit of use.

The collar has a Velcro modification, with a LICO logo embroidered into it. There are two tags, a Lico tag with washing instructions, and an L tag sewn into the cowl.

The front torso has no adornment at all.

The belt is red with a white outline, and a LICO logo embroidered into it.

The legs have standard cuffs, and are unadorned. 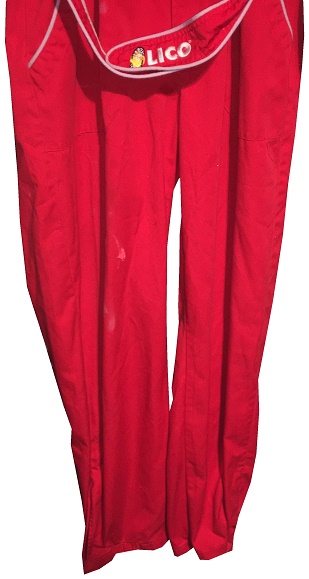 The shoulders have red epaulets outlined in white 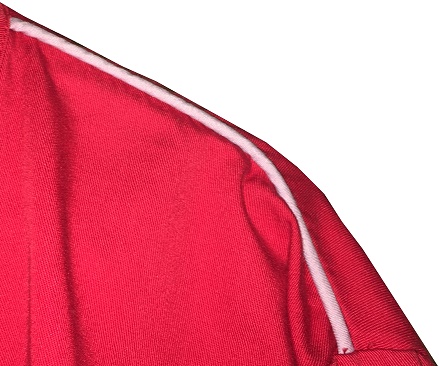 The sleeves are unadorned.

The entire back of the suit, including the neck, and back torso are unadorned.

Next week, another racing balaclava.