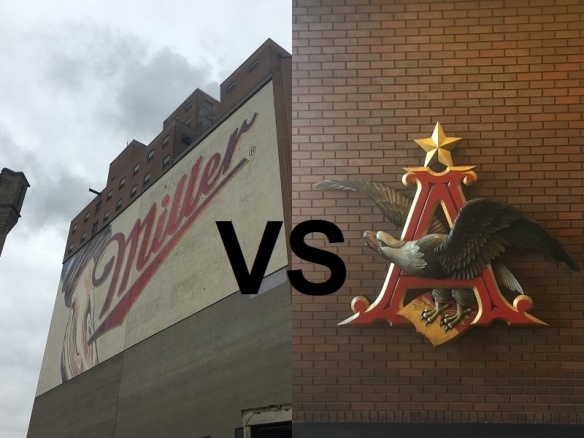 Ah yes, The Great Light Beer Corn Syrup Debate of 2019 rolls on. For those who have been living under a rock for the last few months, let’s catch up. During the most boring Super Bowl of all time, Bud Light did a commercial where they talked about how Miller Lite and Coors Light use corn syrup in their beer, and made the point that they don’t use it, and are more open about their ingredients. See for yourself:

This seemingly innocuous commercial really got under the skin of MillerCoors, who openly defended their use of corn syrup. This also got the attention of the National Corn Growers Association, who prided MillerCoors for using their product, and blasted Bud Light. Eventually, MillerCoors abandoned a partnership with AB InBev, Bud Light’s parent company. Granted the partnership was shakier than a fault line during an earthquake, but the whole bitterness between MilerCoors and AB InBev based on this commercial is what killed it.

Since I’ve done both the Budweiser and Miller Brewery tours one year apart to the day, I decided that I would decide which of the two is better, Budweiser in St. Louis, or Miller in Milwaukee. I will break my analysis down into three parts: overall cost, tour experience, and other experiences.

Miller has a one-size fits all tour. It’s $10, and I discussed it last week. Budweiser has a number of different tours.

*First is The General Brewery Tour, which features the seven-step process in making beer. It’s 45 minutes, and tickets are free if available, or $5 reserved.

*The second tour is the Day Fresh Tour, which adds 30 minutes worth of additional features, including the canning facility. It also comes with samples, and a free bottle of beer that is freshly bottled. This costs $10.

*The third option is The Beermaster Tour, which I did last year. This is a 2-hour long tour, which, in addition to all of the locations of the Day Fresh Tour, also includes the museum, and a sample from the finishing tank. This costs $35

So based on the values and experiences, I would have to give the nod to Budweiser’s St. Louis tour for overall cost.

Next is tour experience. As I mentioned, I took the Beermaster tour when I was in St. Louis, and the Miller Tour in Milwaukee. Based on what is discussed, and what is shown on both tours, giving Budweiser the nod here is the only way to go. The Miller tour is good, but too short, and doesn’t cover the entire brewing process. Budweiser’s tour is much more inclusive, and goes deeper in the brewing process. 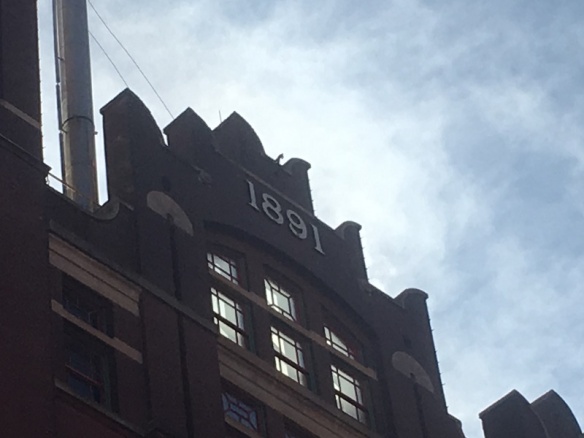 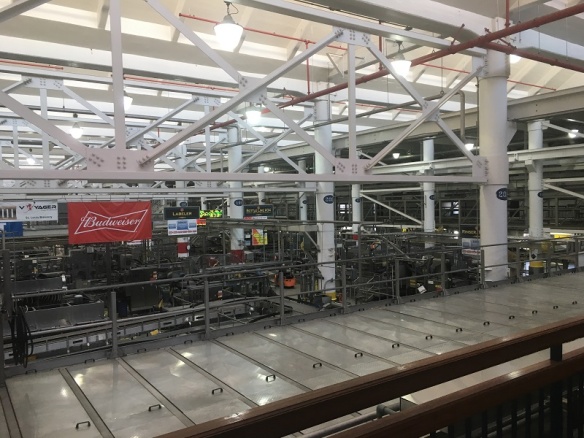 Even the General Brewery tour covers more of the brewing process than Miller’s does. Next, we come to other experiences. When I got to Milwaukee, I was stunned to discover that Miller doesn’t have a true bier garden. You can have some growlers filled, but you can get that at any brewery. While the Miller Inn does act as an indoor version, it just seems odd in this respect that there wouldn’t be a true bier garden at a brewery founded by a German immigrant.

Budweiser, on the other hand, has an impressive bier garden.

They have a decent brew pub menu, and the food I tries was good.

They also have a great selection of beer.

You can try what is called “The Underground Menu” which consists of whatever is being worked on in the Research Pilot Brewery. On the day I was there, the choice was Backdraft, a chocolate stout made by the St. Louis Fire department.

One could spend an entire day in the bier garden alone…which I did.

Above and beyond that, aside from the general tour, there really isn’t as much to do at Miller. You can go to the gift shop, but that isn’t that great. The one thing I expected was a make your own six pack with Miller products. That doesn’t exist, for reason I can’t understand. So, aside from the tour, Miller really isn’t that fun.

Budweiser also offers some other experiences. The Clydesdales are included in all of the tours. Also, there are some experiences for those who want to educate themselves about brewing. The first is Beer School, which I did last year. It’s a 45 minute class, and you sample several kinds of beer, and learn about the on the ingredients and brewing processes, as well as food pairings. This costs $15 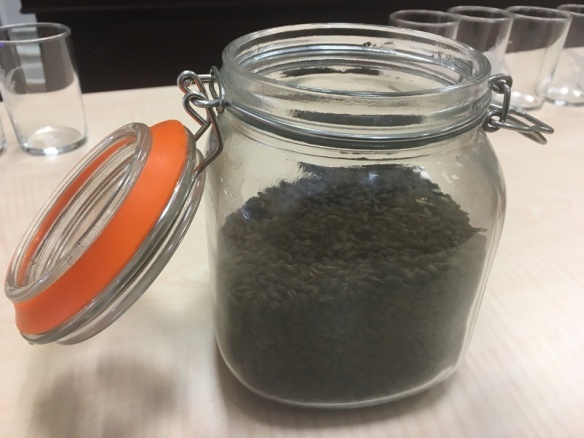 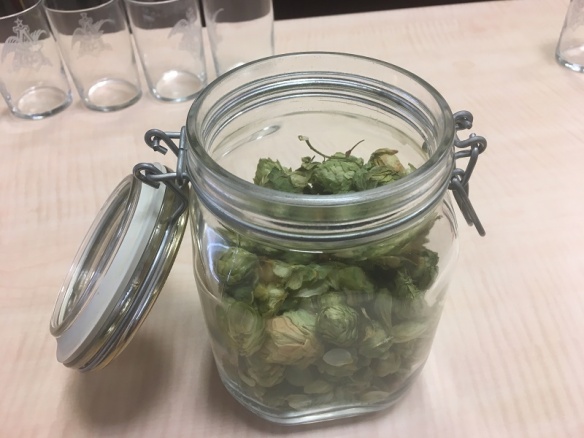 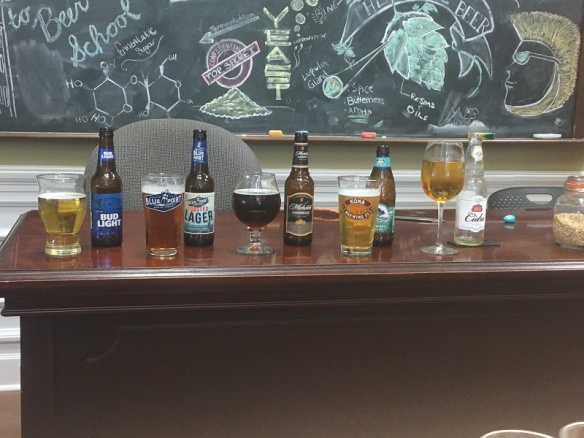 The newest experience is the Where You Brew tour, which takes you through the beer making process, in a hands on experience. You will then have some appetizers, and discuss beer and food pairings. You will then also receive a 32 ounce custom growler full of beer. This costs $50.

The Beer Museum Tour takes you to the Old Lyon Schoolhouse building on the brewery campus. Inside, you will find a complete history of Budweiser, told in the form of over 400 items, ranging from giveaways, to factory equipment, to sports memorabilia, to research examples. This can be accessed with any tour for $5, but if you want to check it out by itself, it will set you back $15. It should be noted that the Old Lyon Schoolhouse building was, for a while, the Anheuser-Busch corporate headquarters. 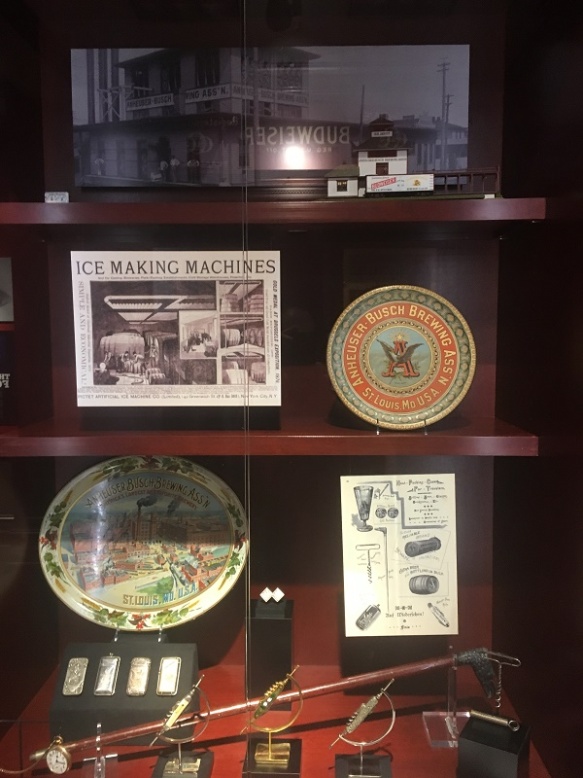 So for other experiences, Budweiser again gets the nod. So all in all, Budweiser provides the better brewery experience for a tourist or local. Miller is good, but it could be a lot better. Beer enthusiasts like myself would enjoy both though, so check them out.

Next week, back to the regularly scheduled podium caps.