Anyone who plays sports, or competes in competitions does so with one goal in mind…winning. They will say they do it because it is fun, or for the love of the game, but they really just want to win. To the victor go the spoils, and the spoils include pride, bragging rights, and the trophies.

Trophies can come in many shapes and sizes. Many older trophies combine form and function, in that they serve every day functions, such as this tea service from 1911. It consists of a tea pot

Hans Van Paini Kilp, V&Us Jyry 1911, 14,15” engraved into it. Kans Val Paini Kilp means Kansainvälinen Paini Kilpailu or international wrestling competition.  The handle of the pot has become detached at the bottom, and evidence of repair work is evident

. The pot also shows signs of age, with numerous scratches, scuffs, and chips.

The matching sugar bowl is in much the same state, but overall is in good condition. 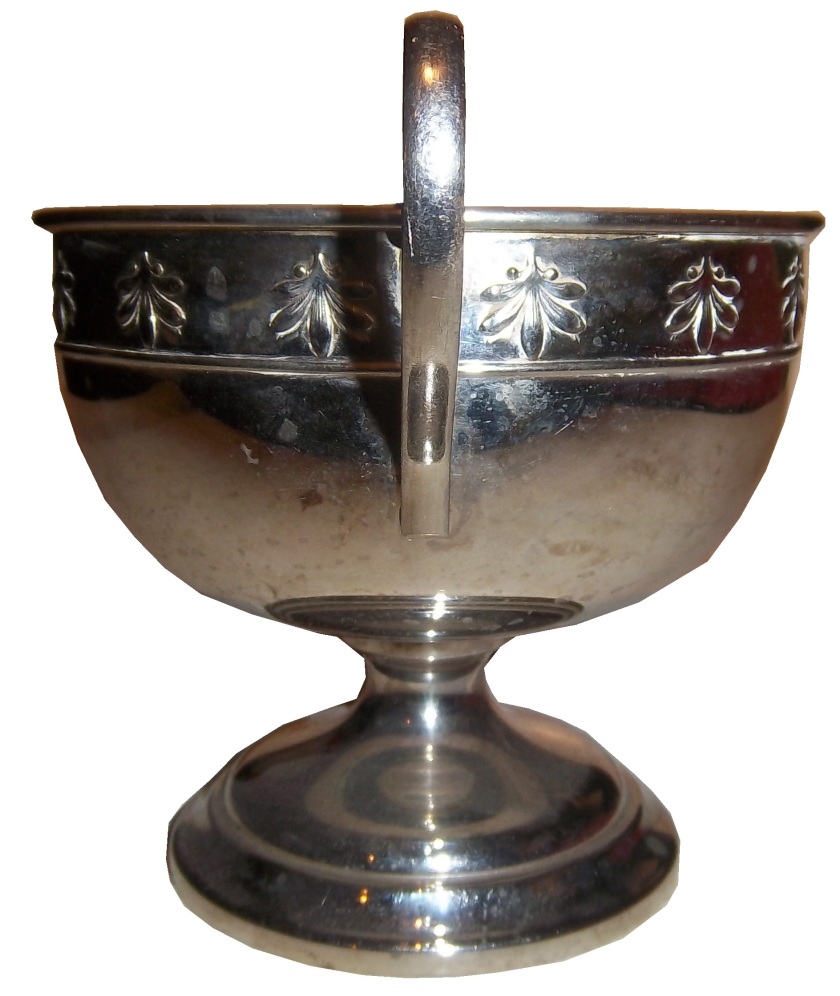 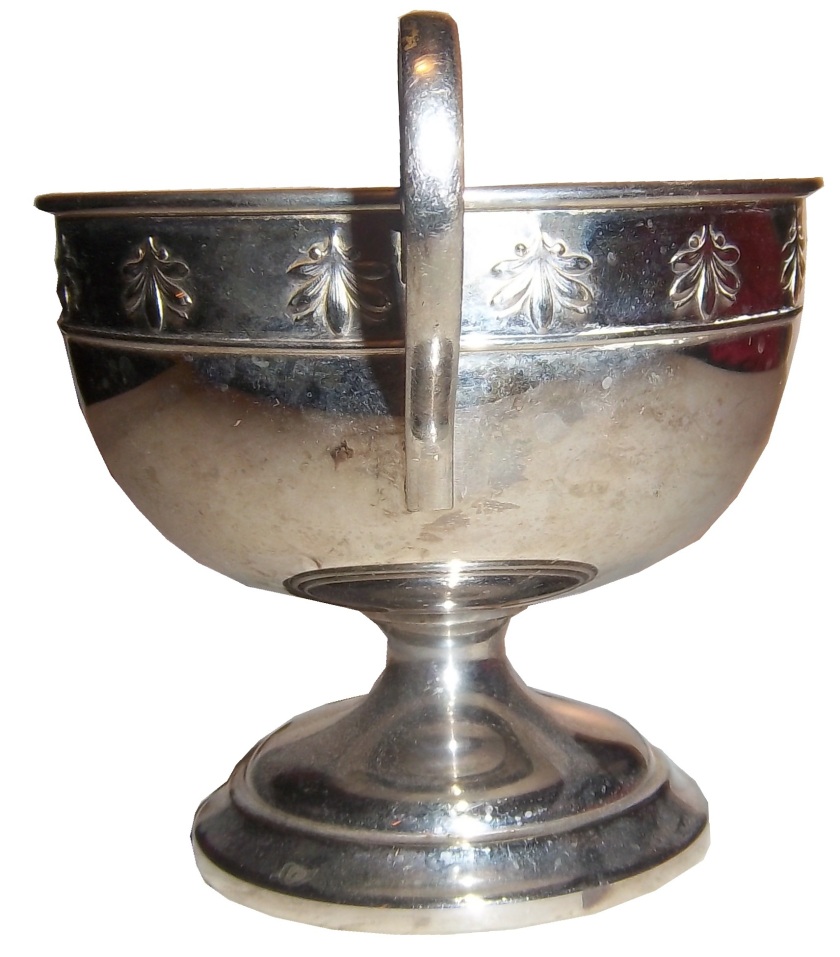 The creamer has a dent in it, just under the spout, and shows the same age wear that the tea pot and sugar bowl show. 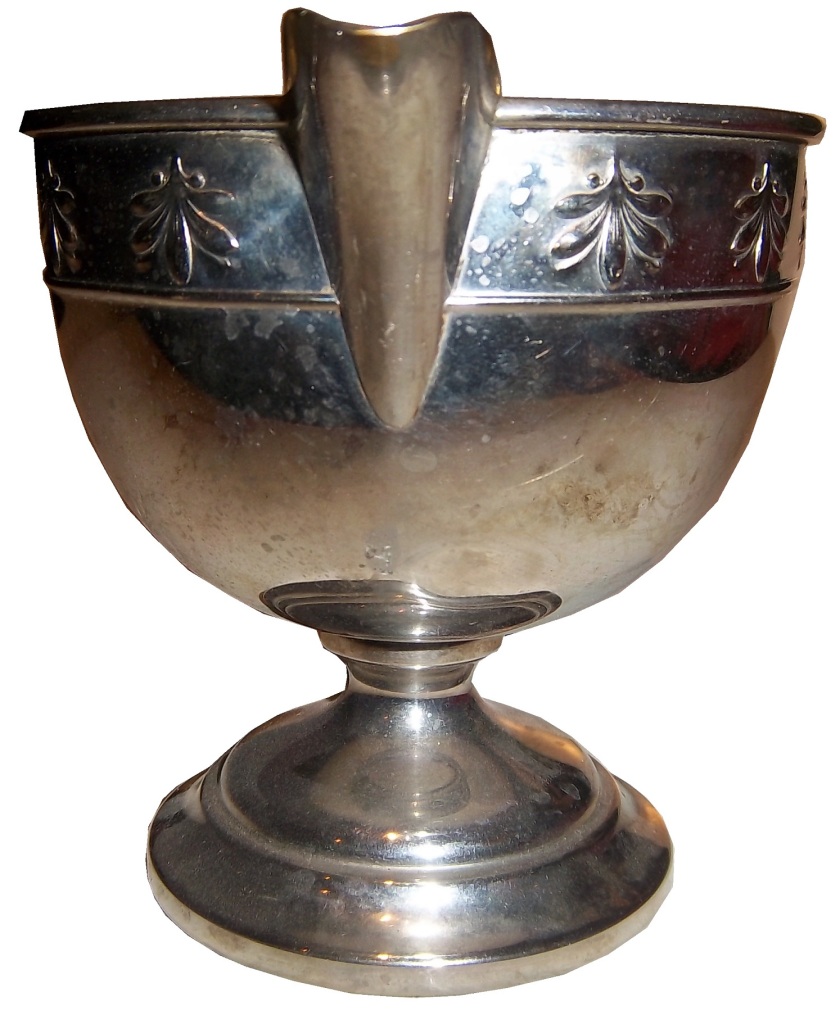 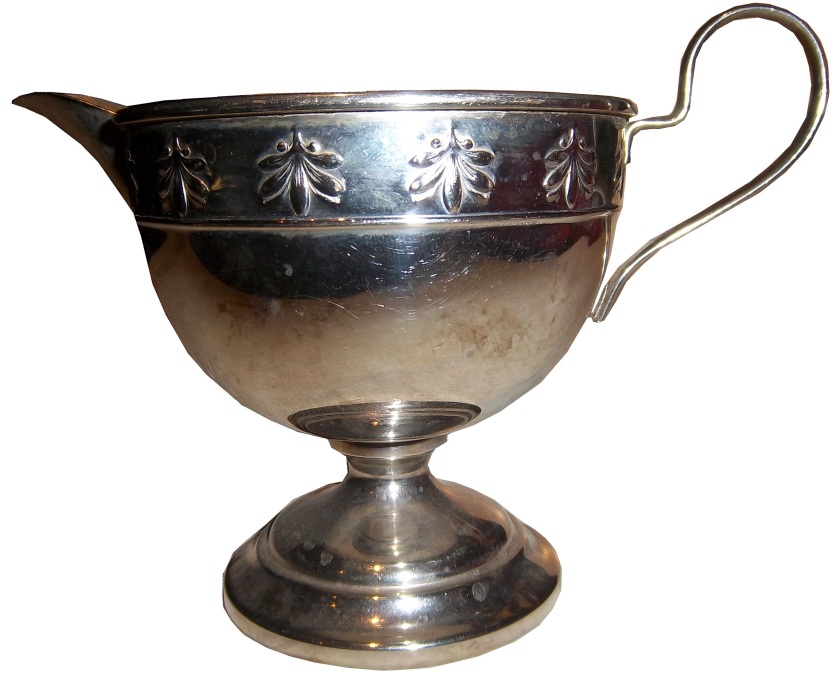 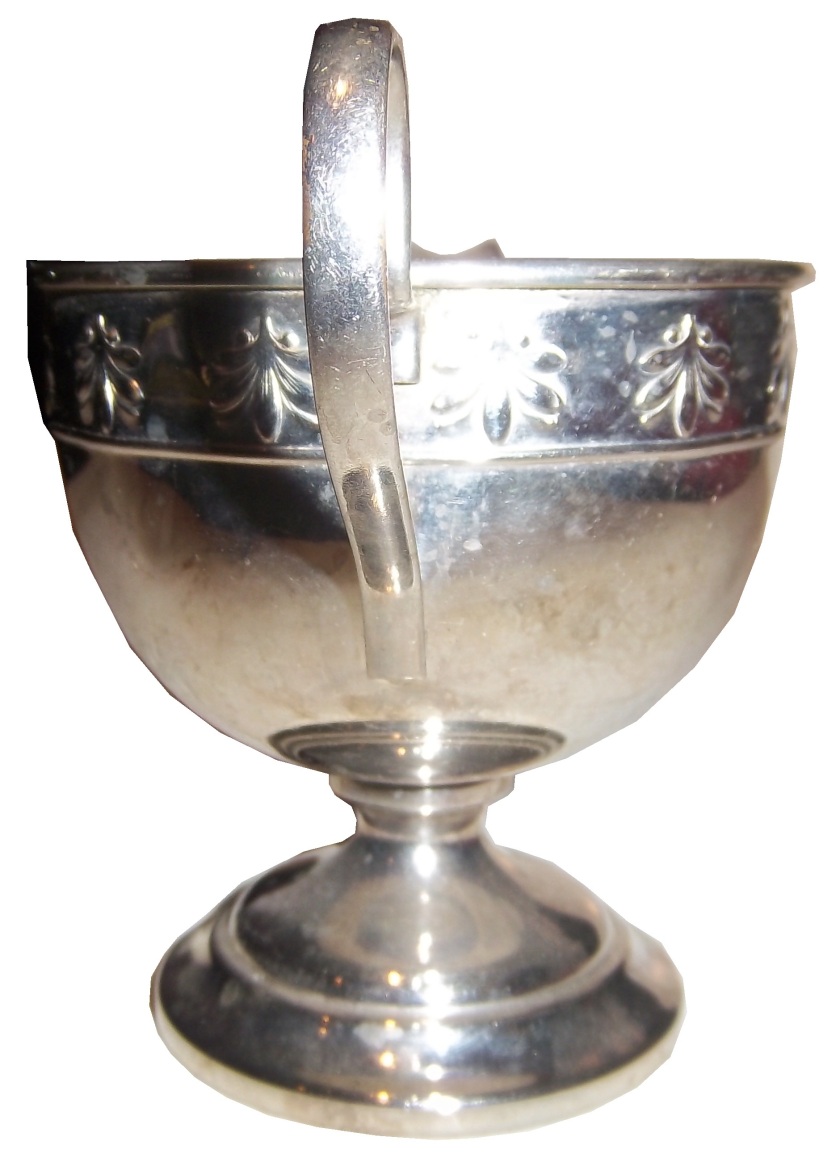 The really interesting thing is that I have an original cabinet photo, taken in Helsinki Finland where Hans can be seen with this very tea service. 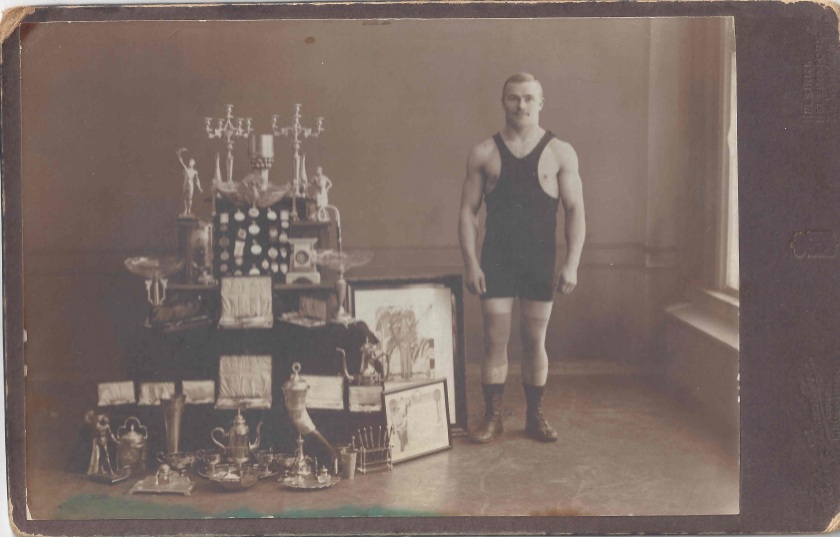 This vintage tray from 1915 has a very similar inscription as the tea service, and while I believe that they were won by the same person, I have no proof of this. 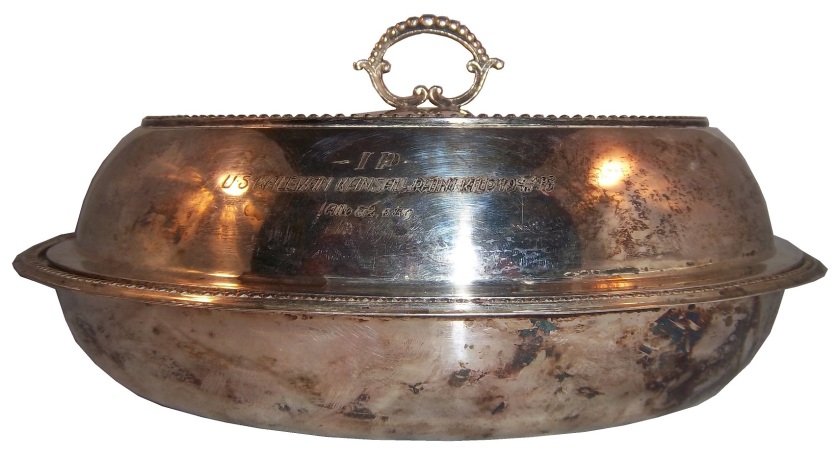 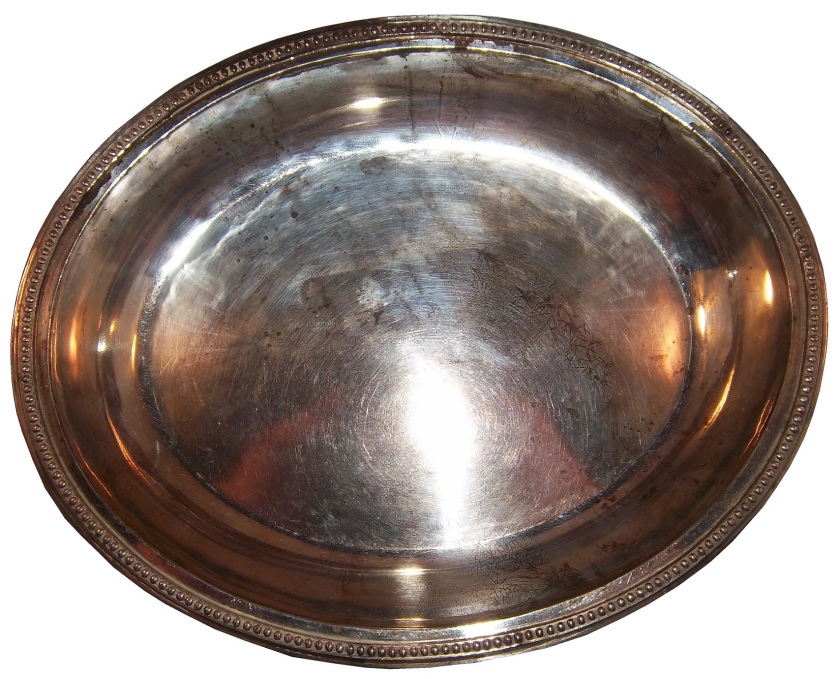 Albert Elko was the mayor of McKeesport Pennsylvania from 1966-1970, serving only one term. He was not very well liked, having been somewhat corrupt. During his tenure, he gave out these keys to the city.

The key is a large heavy brass key, about 4 inches long, and has two black circles, one on each side. One circle has the city seal,

the other has a logo with “Greetings Mayor A Elko” etched into it. 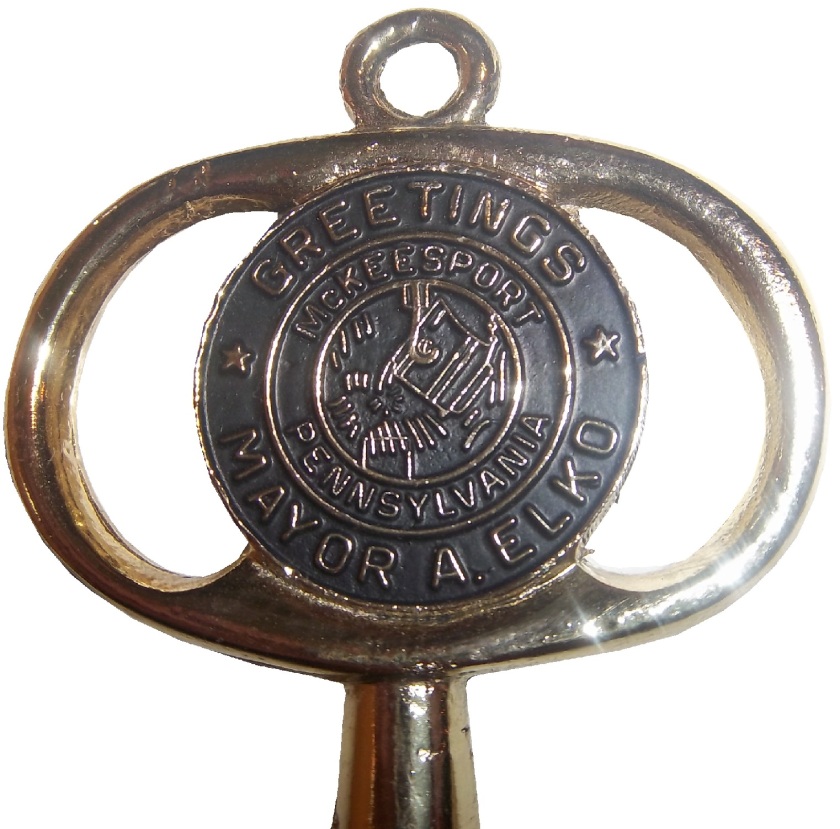 A key to the city is a unique item to have in any form.

Sometimes a trophy can take an unusual form. Such is the case with this treasure chest from the PYC Regatta in 1973, won by Cotton Blossom II. 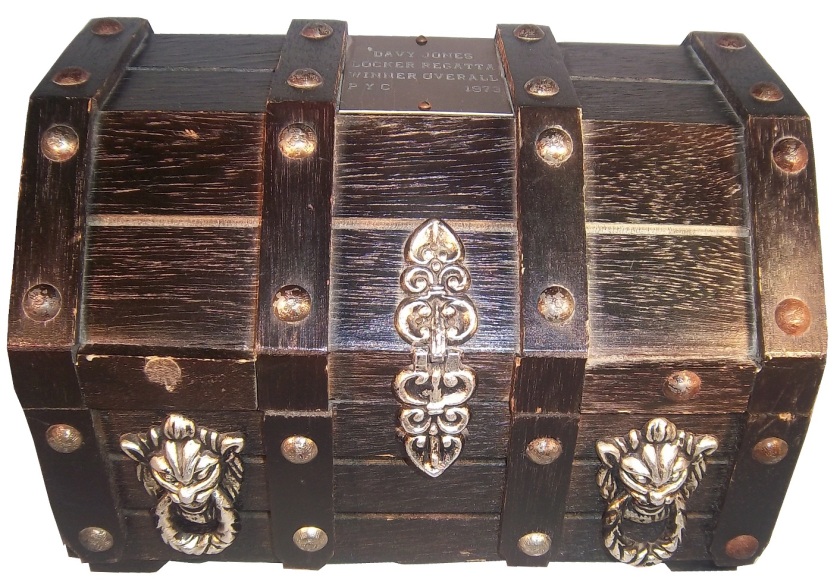 Measuring 10 inches long by 7 inches wide, by 6 ½ tall, and made out of wood, this black treasure chest has been painted black, had some decorative elements added to them, and has a plaque stating “Davy Jones Locker Regatta Winner Overall PYC 1973.” 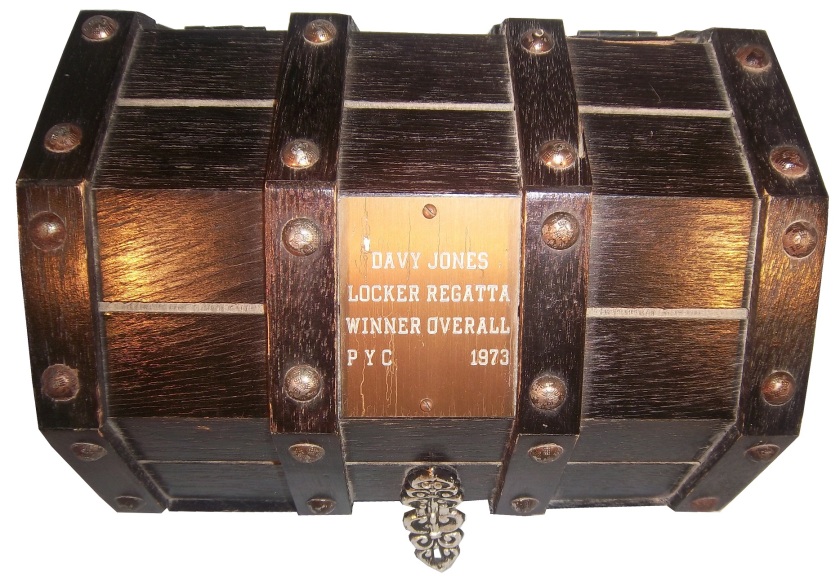 The inside has been lined with red felt.

There is a small chip on the back of the lid.

It is a very appropriate design for a sailing trophy. 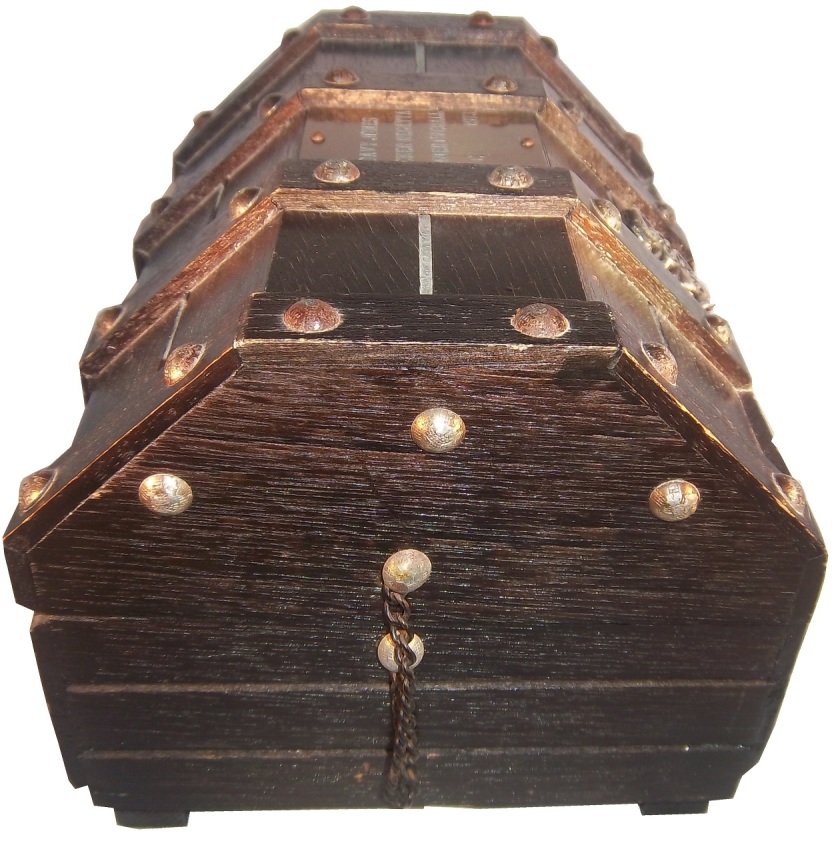 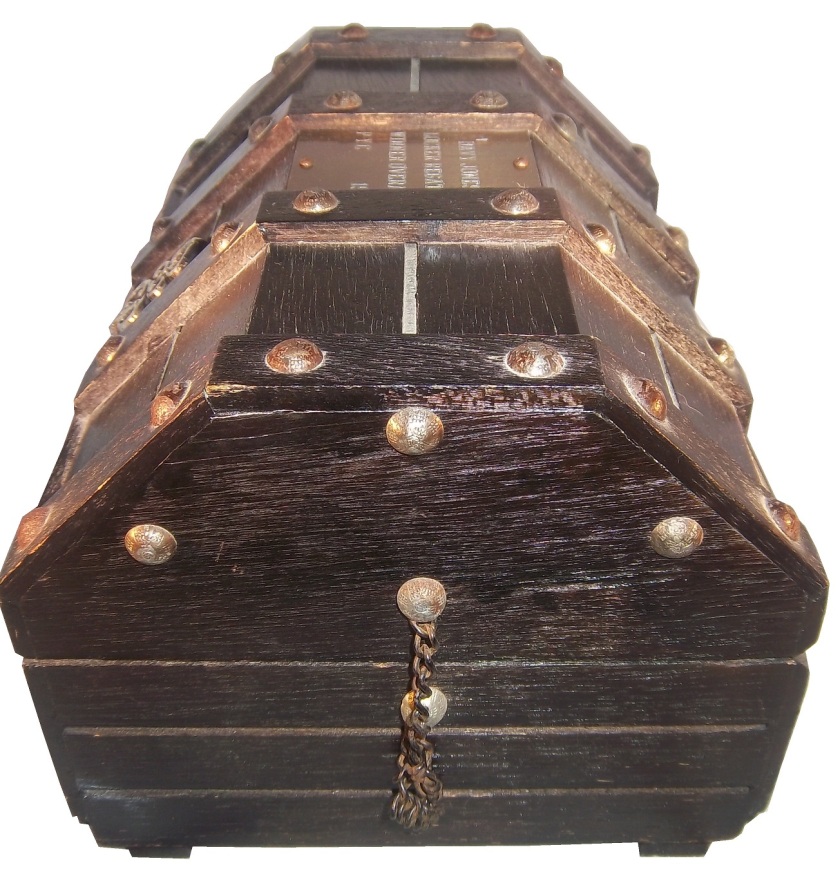 After a long and successful golf career, Arnold Palmer worked with a number of golf courses, owning Bay Hill, and designing others. His group took the Kings Bay Country Club, which has been founded in 1949, and in 1990 redesigned it to form the Deering Bay Country Club. This crystal trophy was awarded to a “Member-Guest” winner in 2001. 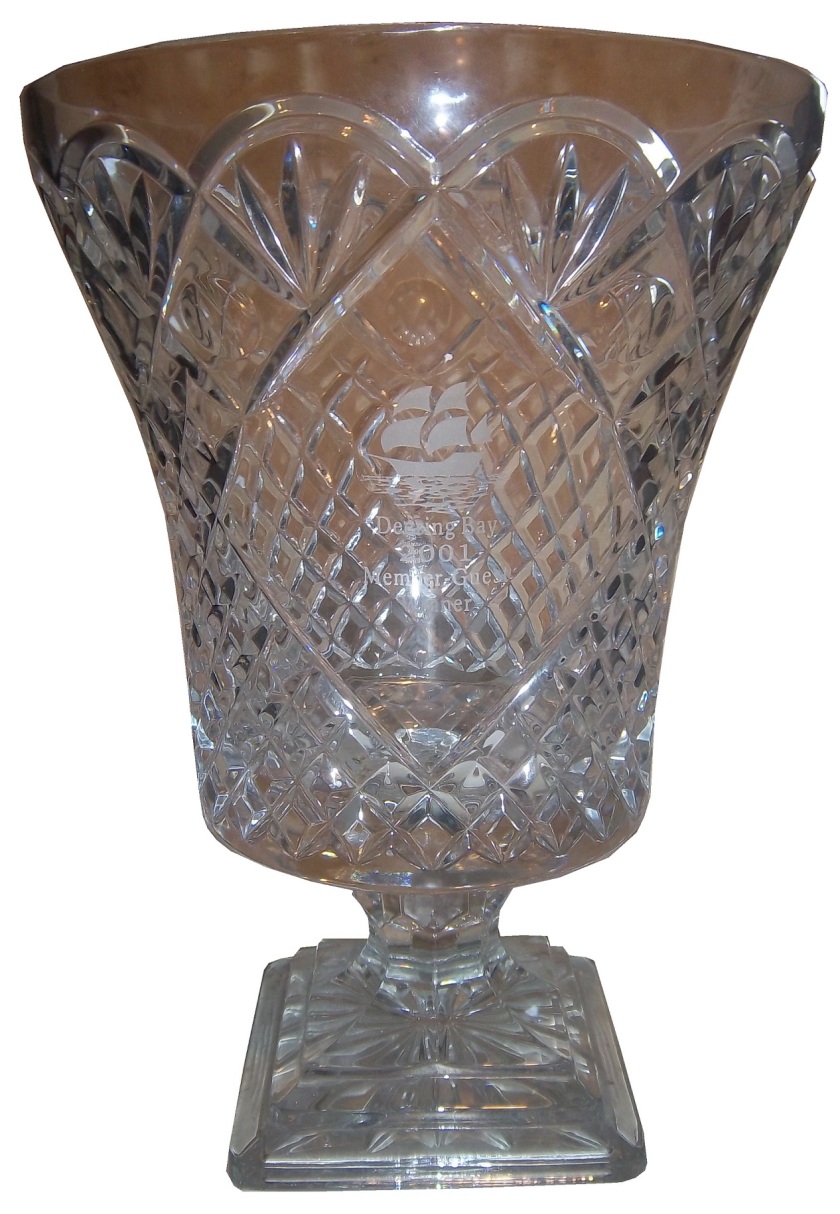 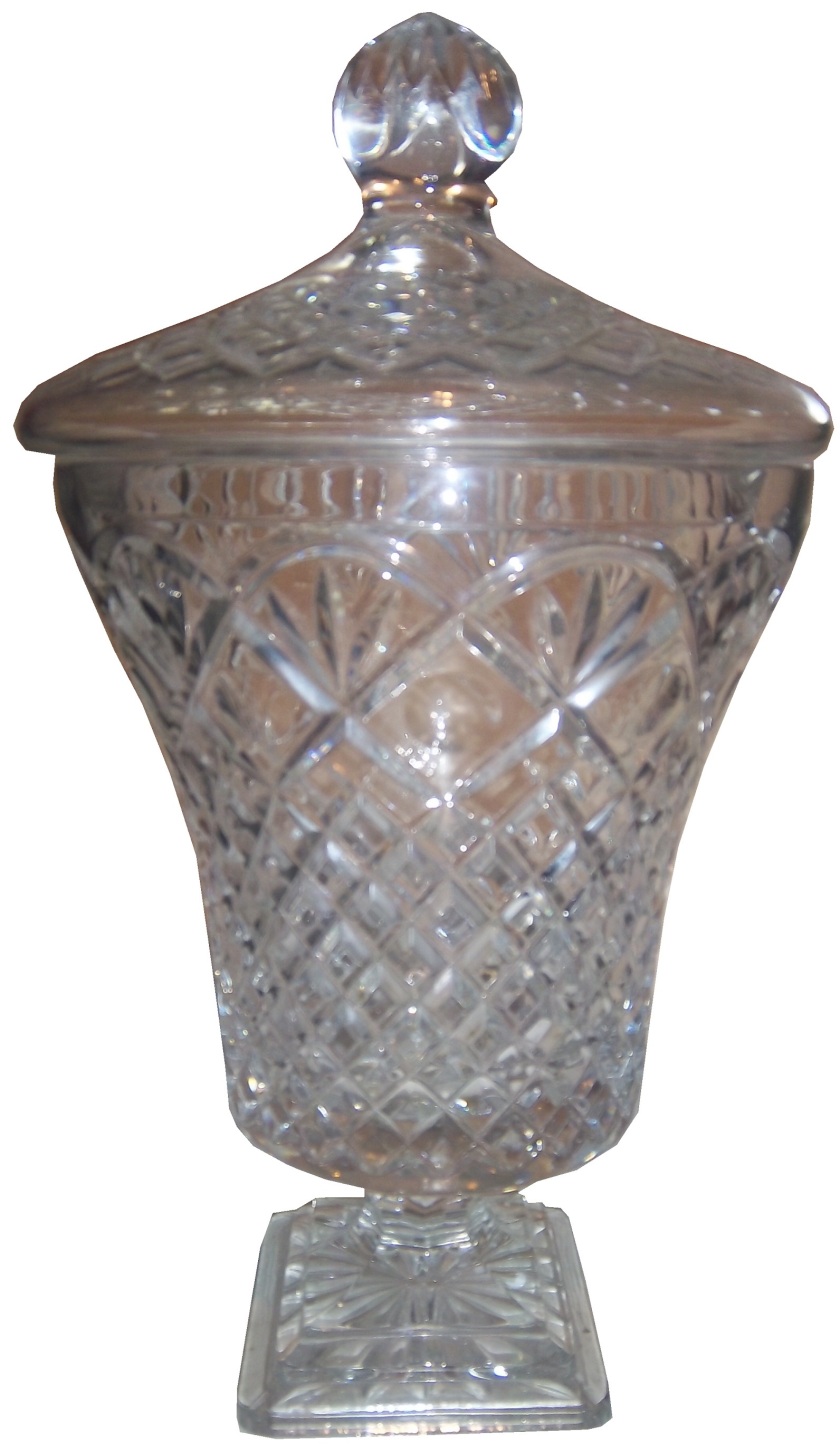 Next Week, some NASCAR Napkin Rings.