Born in Torrance, California, Bobby East hit the scene in 2001, becoming the sixth youngest driver to win a USAC race, and won the championship and driver of the year in 2004. The next year, he made his Truck Series debut, and would race in NASCAR’s National series until 2008, picking up two top 10’s. He is currently working to develop young drivers.

In 2006, East started 23 of the 25 races in the Truck Series for the Wood Brothers #31 Ford. He was sponsored by State Fair Corn Dogs, and Edy’s Dibs. He didn’t score a top 10, or led a lap. During that season, he wore this driver suit. The suit shows light use.

The blue collar is a standard collar, and is unadorned.

The right chest features a STATE FAIR CORN DOGS logo embroidered. Oddly, there is not a series logo anywhere on this suit.

The left chest features a FORD RACING logo, and a GOODYEAR logo embroidered. 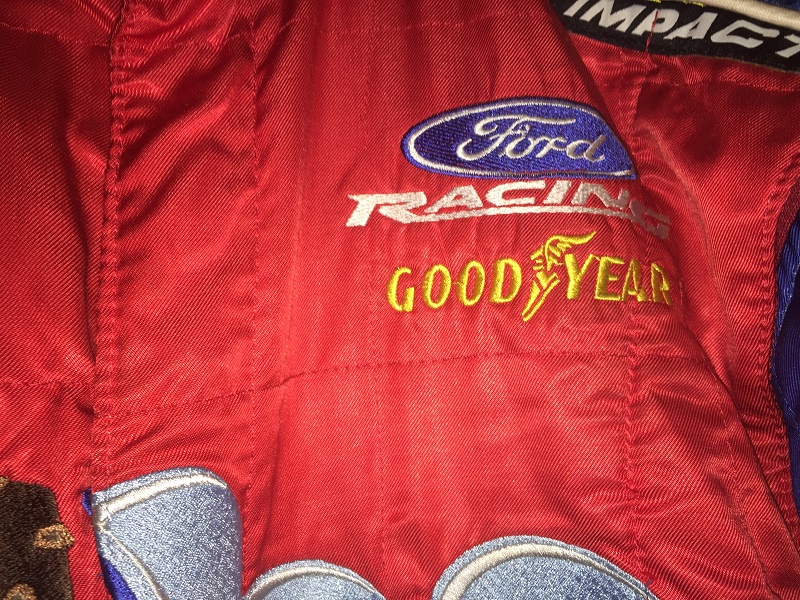 The front torso features a large DIBS logo embroidered in white on the red background.

Inside the front torso is an IMPACT warranty label. 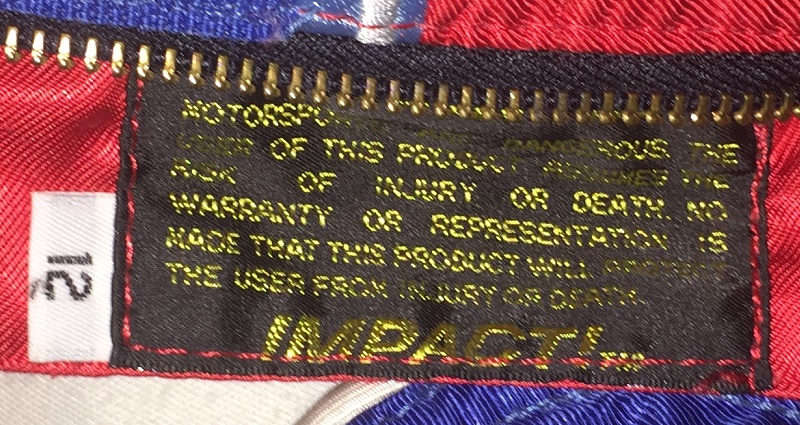 The front half of the suit has a belt with BOBBY EAST in white on the blue belt. The belt is outlined in white.

The blue shoulder epaulets are outlined in white, and have IMPACT tags present, but are otherwise unadorned. 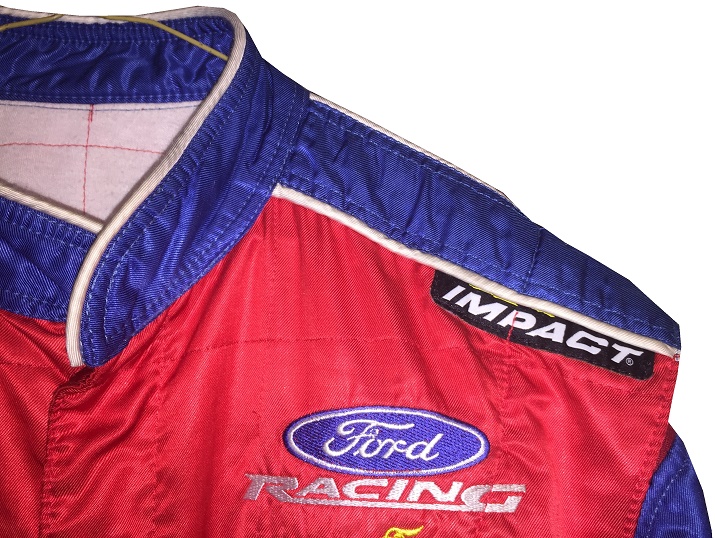 The back of the suit doesn’t show any use.

The back of the neck is unadorned.

The back of the torso features a DIBS logo embroidered.

Bobby East was one of those drivers who raced his way to the National series, but once he got there, didn’t go anywhere. Not every driver is going to find success, but that doesn’t mean that their career is meaningless. It takes a lot of gumption and grit to make it to the big leagues.